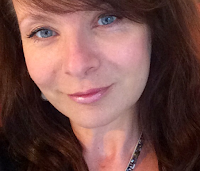 SALON OWNER and London girl, JAYNE WELLS, has just returned to Kent after living away for over 40 years.

She attended local schools in the the Medway towns until she was 7 and then moved to London but is thrilled to be back in the glorious Garden of England once more.

In 1983, aged just 20, Jayne moved to live in Munich for four years before returning to Brighton and the South Coast where she designed and established several successful hairdressing salons all of which received the highest, gold standard of
FIVE STARS by the GOOD SALON GUIDE.

In 2006 her flagship salon in Eastbourne became a
FINALIST IN THE BRITISH HAIRDRESSING BUSINESS AWARDS in the Category Independent Salon - Business Newcomer.
This meant that her salon reached the UK TOP SIX!
Originally qualifying as a Racoon Hair Extension Specialist in 2003 she then quickly moved over to her preferred pre-bonded method of hair extensions with award winning hair supplier Rapunzel of Sweden. She is a fully qualified Make Up Artist and was also previously an Ambassador for BEDHEAD TIGI MAKE-UP for the South East of England.
​
She is a busy a mother of four and proud grandmother to Isaac, Daisy and Noah. She also has a passion for the results-driven and highly effective Environ Skincare Range which she also retails in the salon by individual consultation and likes to help people suffering from varying forms of alopecia and hair loss.
Add Team Member